Verang is an industry leader in automated legacy code conversion.  We use parsers, code generators, and target runtime libraries, written completely in-house, to automate the conversion process from legacy code to more modern environments.  We primarily migrate to Java and C# but our in-house technology allows for quick adaptation to other target languages.  Our automated code parsers and target code generators grant a precise conversion of the original coding logic to a modern environment while retaining that original coding logic as comments in the generated code.

The migrated code is very scalable and one can add application or database server ad infinitum, limited only by the performance of the database.  Other operations are equally scalable by virtue of the ability to add more servers.  We are quite comfortable deploying across multiple O/S types including LUW (Linux, Unix, Windows).

*All Languages in the table below, unless otherwise stated, are migrated with automated tools and processes 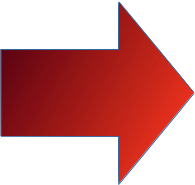 Note: These tables show Verang’s current source and target capabilities.  We are however constantly creating and developing new code parsers, generators, and also expanding our target capabilities repertoire.  If you do not see your source and/or target language, please contact us regarding your conversion because it is very likely that we can find an automated, cost-effective solution for your project.

We have two ways to execute batch jobs:

In both cases, the batch jobs can be executed anywhere in the network.  For the JCL interpreter, an “agent” must be installed on each machine that will participate in execution.

The scripts are executable from the command line, shell, or any other mechanism such as Windows scheduler or 3rd party scheduler such as Control-M or CA7.

Our runtime for the migrated application includes the facility to convert JCL “on-the-fly” to Linux KSH-script or Windows bat-script.  There has to be a daemon that picks up this script and executes it.  We provide such a script.

Verang is able to show the original code statements alongside the target code.  This allows the user to better understand the target code and to verify the conversion logic.  The original source code statements are included in Verang’s debugging capabilities.  In addition, the performance of the target application can be easily troubleshot since Verang’s trace files include the performance of each statement and show the SQL of the underlying database access.

Converting From Thick to Thin Clients

As part of the C# to Java migration, Verang can migrate .NET Windows Forms to Web JSP.  Instead of installing the application on each client computer, the client can deploy the application to a single Web Server and let an authorized employee access it with a browser.

Each Windows Form is converted to a JSP web page.  Controls on the Form are converted to HTML controls – with Javascript to equalize behavior to the original.  Events are communicated back to the server via AJAX.

Verang has the ability to install a front-end compiler of a modern coding language so that the end result runs on said coding language.  For example, if the rehosting project was Cobol to Cobol, Verang is able to put a front-end Java compiler so that the end result runs as Java but the Cobol code is retained as the primary language of the application, allowing the client no change to their core system.  This front-end compiler is compatible with other target environments if the client decides to rehost again.

Our communication facilities that replace EntireX are fully interoperable over different platforms.  We provide mainframe compatible FTP client for batch and we can generate and consume EBCDIC or ASCII files in batch.